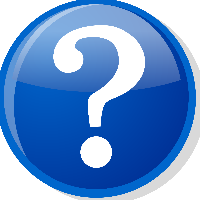 Indexing is the process of copying folio data from the primary data stores (the SQL database and file system for attachments) into the Elasticsearch index.

The LawMaster Application Service runs a background job for indexing. Indexing is the process of copying folio data into the Elasticsearch index. You can see the status of the indexing job in Parameters > Records Management > Indexing.

The indexing job fetches folios from oldest to newest (according to a dedicated timestamp value) and sends their content to Elasticsearch. If a folio has an attachment on a DMS with full text searching enabled, LawMaster sends a request to the corresponding DMS to extract the text content of the folio attachment. The DMS responds by using the Apache Tika service to extract text from the document and returns it to the indexing job for sending to Elasticsearch.

Folio timestamps are stored in the Matter_Folios_RowVer SQL table. In this table is the mforv_row_ver column. Whenever a folio (Matter_Folio table) or data related to its attachment (Folios_Storage table) is modified, the mforv_row_ver value is updated such that it will be the first row if sorted in descending order. When sending data to Elasticsearch, this timestamp is also stored in Elasticsearch as a way of identifying which folios are indexed (all those with a lesser timestamp value), and those that are not indexed (those with a greater timestamp value).

At an extreme case, there might be no data in Elasticsearch. This occurs when the LawMaster database is first brought online (for example, from migrated data). Routine folio maintenance (adds, modifies, and deletes) is never immediately represented in Elasticsearch, so there is a latency between the data maintenance, and that maintenance being reflected in the search results.